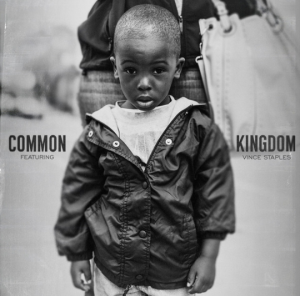 Earlier this year, Common presented us with War, which was thought to be the first single from his upcoming album Nobody’s Smiling. Yet we were wrong, because five months later, Common gives us to Kingdom, which is the official first single from Nobody’s Smiling. Featuring Long Beach, California MC Vince Staples, the two bring together a social message about trying to get to heaven, despite the areas and circumstances that we come from. If the lyrics weren’t enough to bring home the message of getting to the Kingdom, the vocals in the background from the choir will! The video for Kingdom has already been shot by famed director Hype Williams and should be released soon!